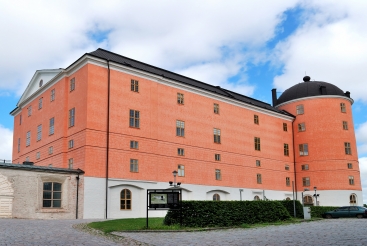 Uppsala Palace is a fine example of Renaissance architecture of the 16th century. It is located in Uppsala and built by the Swedish king Gustav I. Today Uppsala Palace - one of the country's historical sites protected.

Construction began in the mid-16th century by the architect Henrik von Kelly. Later around Uppsala palace created and further complemented Botanic Gardens. Today in the garden, there are about 11,000 species of plants, some of them more than 250 years.

Feedback
Your attention and time spent on the site IGotoWorld.com is greatly appreciated. If you have any questions, wishes, complaints, or you desire to learn more about us, select the area you are interested in and click the link to make a comment or ask a question.
Feedback form
Request submitted successfully.
Send